Why do flags look the way they do? Design a flag for the country of you!

There are around 200 countries in the world, including large ones, small ones, old ones, new ones, disputed ones and some controlled by other countries or kingdoms (politics is complicated!). Each one has its own flag.

There are 50 stars and 13 stripes on the American flag. The 50 stars represent each of the 50 states in the U.S. and the 13 stripes represent the original 13 colonies that became the first states in the Union. History states that red, white and blue were chosen as the colors to represent valor (red), liberty and purity (white), and justice and loyalty (blue).

There have been 27 different versions of the flag, each with a different amount of stars. As states were added the number of stars changed. The final version was designed by a 17 year old high school student after the addition of Alaska and Hawaii as states.

Go on a google search for flags of other countries. Read and talk about the designs.

Imagine are a country and design a flag that describes you. Ask your family and friends what things make them think about you.

What would your anthem be?

Francis Scott Key wrote the lyrics to our national anthem after he witnessed the British attack at Fort McHenry. He watched the British ‘rockets’ red glare, the bombs bursting in air,’ yet still saw ‘that star-spangled banner yet wave o’er the land of the free and the home of the brave.’ 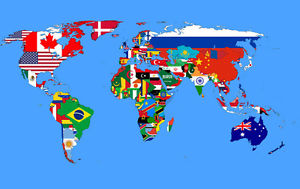